This story highlights action in the following focus areas:

Washington State University (WSU) Tri-Cities, with its largely diverse commuter population, wanted to help its students feel connected on and with the campus to counter its declining enrollment and increase its retention rates. The university decided to literally build this sense of community through the construction of Collaboration Hall and the remodeling of an underutilized space in its library. The inviting spaces in these locations not only allow students from various backgrounds to engage with each other academically and socially but also create a more inclusive, welcoming environment.

These objectives were important to WSU Tri-Cities, which has the most diverse campus in the WSU system. It enrolls about 45% minority students, the majority of whom identify as Hispanic/Latinx, and around 50% first-generation students. In addition, most of its student population are commuters. However, its first-year retention rate lags behind other WSU campuses.

Through student surveys and workshops, university officials learned that many students did not feel welcome on campus and didn’t see it as a place to be once classes ended. WSU Tri-Cities realized that if students, particularly minoritized and first-generation students, don’t experience a sense of belonging, they are less likely to stay enrolled and graduate.

Collaboration Hall, which opened in September 2021, was created with a more student-centered approach toward space design. Post-occupancy student surveys indicate that the building has helped increase students’ sense of belonging, particularly among minoritized and first-generation populations. University officials are hopeful that these outcomes will reflect in higher retention and graduation rates as students become more connected with each other, faculty, staff, and the broader campus community.

WSU Tri-Cities in Richland, Washington, is a leading public research institution with a focus on energy, environment, and agriculture that delivers career-connected learning and innovative research to address economic and social challenges. Collaboration Hall reflects the university’s commitment to making quality postsecondary education affordable and available, particularly to underserved groups.

Aptly named, Collaboration Hall was built with the feedback and involvement of various individuals. The conceptual design emerged from open forum sessions with WSU Tri-Cities students, faculty, and staff about what they wanted to see in the space and how they wanted it used so the building was welcoming and engaging. Architects from ZGF then incorporated their vision into the layout and construction of Collaboration Hall. The 40,000-square-foot multidisciplinary building includes various science and engineering laboratories and additional classrooms and hoteling office space. It also has an open atrium with a grand staircase offering flexible seating for lectures and presentations and a 100-seat amphitheater with additional capacity for outdoor instruction and events.

In addition to Collaboration Hall is WSU Tri-Cities’ renovation of the library’s first floor into a learning commons adjacent to the new building. This work began in the same time period and is nearing completion. The learning commons has flexible space for all learners and houses academic advising, TRIO support services, tutoring, a writing center, testing center, career center, and faculty and staff professional development.

Collaboration Hall was the first largely state-funded academic building that opened at WSU Tri-Cities in over 30 years. The Washington state legislature allocated $27 million for construction and $3 million for design expenses; university leadership contributed financially and had study, collaborative, and learning spaces named in their honor. The cost of the total project was around $30 million.

WSU Tri-Cities’ Collaboration Hall has been a resounding success. The post-occupancy survey of the building conducted two semesters after it opened revealed that minoritized and first-generation students experienced a sense of belonging at 89% and 85%, respectively. Non-minoritized and non-first-generation students came in at 73% and 68%, respectively. In addition, the Design-Build Institute of America named Collaboration Hall as one of 30 winners in the 2022 National Design-Build Project/Team Awards. The hall was a merit winner in the Educational Facilities category. The university believes its new dynamic building is helping to equalize access to quality education for all students by encouraging social engagement, experiential learning, and a sense of belonging to enhance the student experience on campus.

WSU Tri-Cities officials found that student feedback during the design stage yielded some surprising and unsettling observations. A long-held belief in the greater education community that smaller class size is of primary importance to students was found not to be the case among some students. During a design build workshop, students discussed the stress of being on a waitlist because a given class had filled quickly. Even if an additional section or seat opened up later in the registration process, many students may have looked at options elsewhere or even withdrawn from the university.

“I love this building. I drive 30 mins every day and prefer to spend my days studying in this building. I love the light and the windows in the room. The access to the screen for Zoom [and] the whiteboard for study sessions are great features.”

Take a look inside the new WSU Tri-Cities academic building 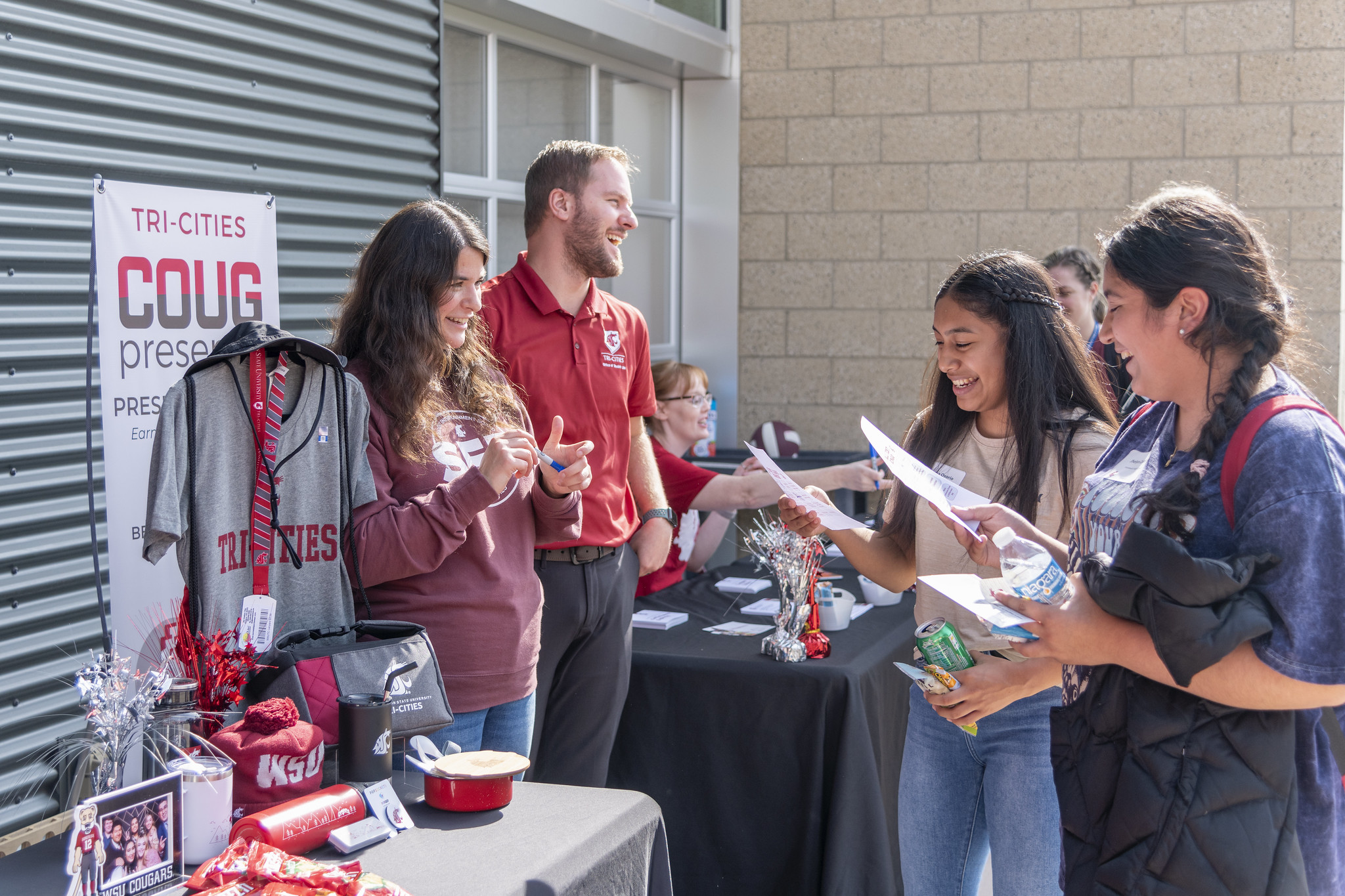 Washington State University (WSU) Tri-Cities in Richland, Washington, is a leading public research institution with a focus on energy, environment, and agriculture that delivers career-connected learning and innovative research to address economic and social challenges. To remediate the equity gaps that historically minoritized, first-generation, and female students have experienced in postsecondary education, WSU Tri-Cities established […] 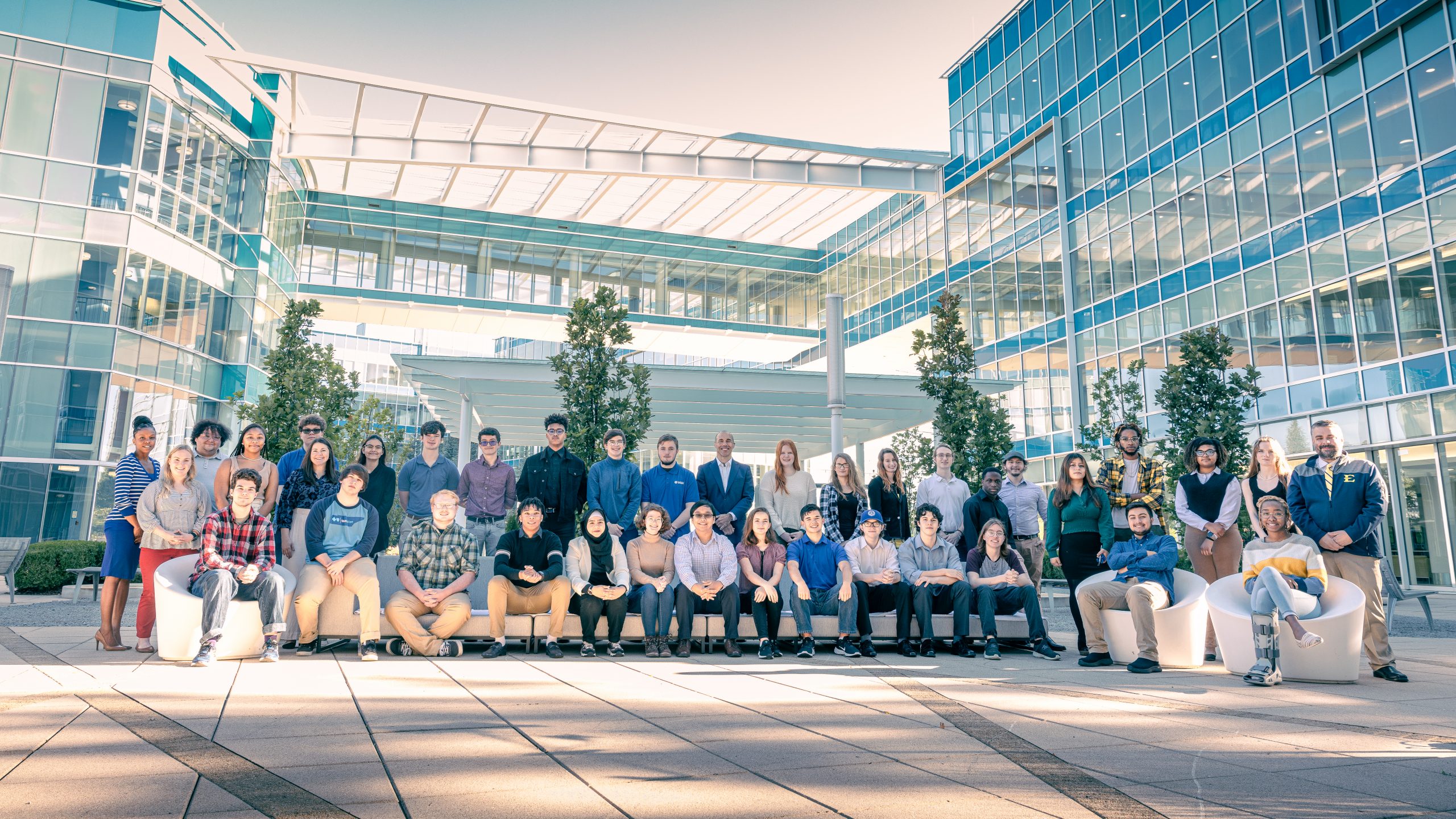 A public/private partnership led to the creation of a groundbreaking program in which students can earn real-life work experience and bachelor’s degrees to meet immediate labor shortages in information technology and advanced cybersecurity fields.

How is your institution making an impact?